Home Car culture THE END OF AN ERA ... 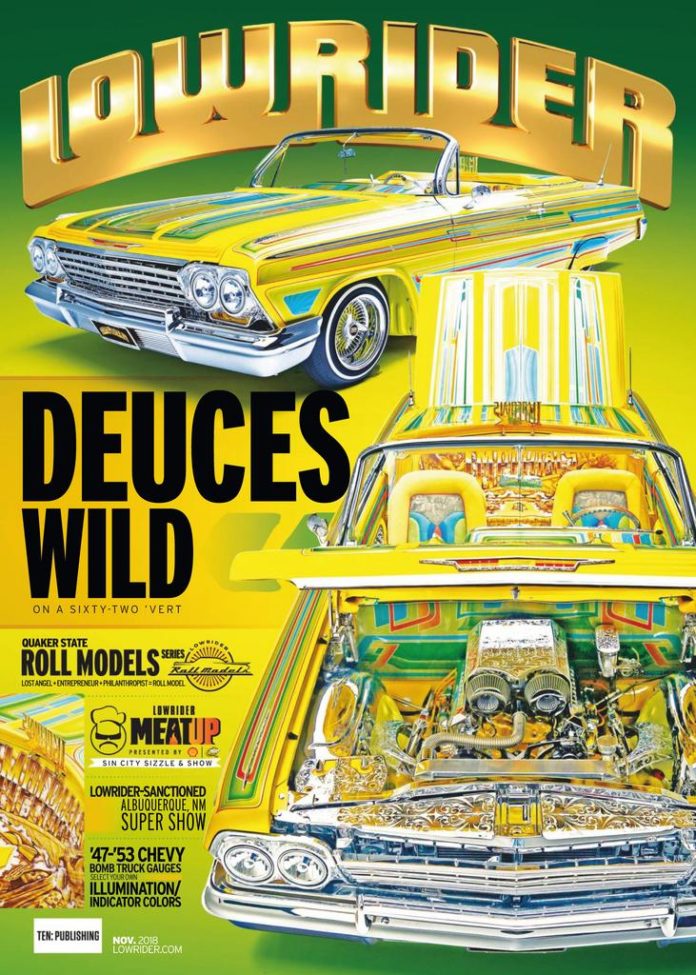 Lowrider was founded in the mid-1970s by Larry Gonzalez, Sonny Madrid, and David Nunez, “who sought to present a voice for the Chicano community in the Bay area. The first issue debuted in January 1977. Essentially self-distributed, the magazine struggled until the November 1979 issue, when it began pairing bikini-clad women with lowriders on the cover each issue. After being taken over by its printer, Lowrider folded in December 1985.

The magazine was revived in June 1988 by original co-founder Larry Gonzalez along with brothers Alberto and Lonnie Lopez. They moved the magazine’s headquarters to Fullerton California.

As the magazine increased readership through the late 1980s and early 90s it spun-off other titles, established a merchandice division, and began sponsoring multi-annual lowrider shows which took place all over the Western U.S. such as the one In Las Vegas.

The Publishing Group was acquired in 1997 by automotive periodicals conglomerate McMullen Argus Publishing, which was itself acquired in 1999 by Primedia In 2007, Lowrider was taken over by source interlink, now known as Ten. MotorTrend group which manages digital and video brands online, is a company independent of TEN publishing and was not involved in the decision to shutter the print titles. TEN Publishing, MotorTrend Group and Lowrider staff would not comment further on the closure.

The magazine is one of 19 titles that TEN: The Enthusiast Network will shutter by year’s end, the media company announced Dec. 6. It is still unknow of the fate of the other Automotive magazines that they control.