Home Latest news John Andretti Lost His Battle With Cancer Today At The Age Of... 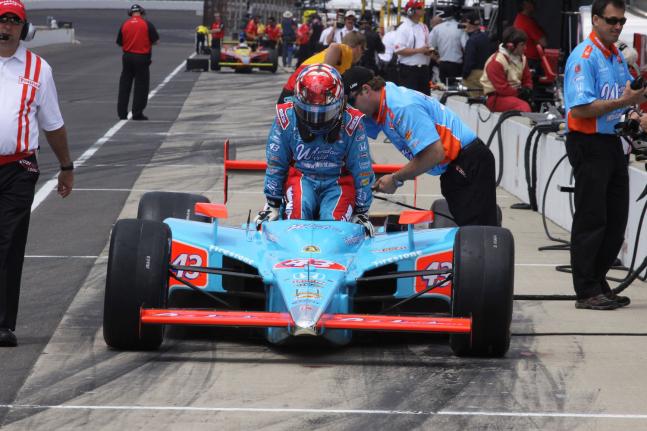 It’s with the heaviest of hearts we share that John Andretti has today lost his battle with cancer. John was a loving husband and father, a devoted son and a trusted cousin. He was a philanthropist, an advocate for the sport, a dedicated teammate, a driven competitor and most importantly a dear friend.

Through Race4Riley, John spent decades dedicating his time and fundraising attention to Riley Hospital for Children. When first diagnosed with colon cancer in 2017, John vowed to fight back and use his voice to help spread the word of prevention and early detection. He fought hard and stole back days the disease vowed to take away. He helped countless others undergo proper screening, and in doing so, saved lives.

We will forever carry with us John’s genuine spirit of helping others first and himself second. Our prayers today are with Nancy, Jarett, Olivia and Amelia, with our entire family, and with fans worldwide. We urge all our followers to, please, #CheckIt4Andretti.

The Andretti Autosport team confirmed his passing after a long battle with colon cancer, which he was diagnosed with in 2017. He died at the age of only 56.

“We will forever carry with us John’s genuine spirit of helping others first and himself second,” a statement from the Andretti team read in part.

Andretti won twice in 393 starts in NASCAR’s top division from 1993-2010, both victories coming with NASCAR Hall of Famers as his team owners. He prevailed in July 1997 at Daytona International Speedway for Cale Yarborough Motorsports, then won again two years later in car owner Richard Petty’s No. 43 at Martinsville Speedway.

John Andrew Andretti was born into one of the nation’s most accomplished racing families. He was the son of Aldo Andretti, the twin brother of Mario Andretti, who is the only driver to win the Daytona 500, Indianapolis 500 and the Formula One driver’s championship. His cousins — Michael, Jeff and Marco — also have significant racing pedigrees.

Andretti started and finished 10th at Indianapolis, then flew to Charlotte to start the Billy Hagan-owned No. 14 in NASCAR’s longest race. He finished 36th after a broken crankshaft sidelined him 180 laps short of the 400-lap distance. Only three other drivers have attempted the double since: Tony Stewart, Robby Gordon and Kurt Busch.

Andretti made his final NASCAR start with Front Row Motorsports in 2010. In addition to his Cup Series tenure, he also made 43 combined starts in Xfinity and Gander RV & Outdoors Trucks Series competition.

Andretti ended his career with a bevy of highlights from different motorsports disciplines. He was part of the winning Porsche team in the 1989 Rolex 24 at Daytona, and also secured a CART Series victory in 1991 at Surfers Paradise, Australia.

Andretti revealed a diagnosis with Stage 4 colon cancer in April 2017. He described the peaks and valleys of treatment as a “chemocoaster” and disclosed that the disease had returned and spread last May. Even in the face of adversity, Andretti made a point to raise awareness for routine check-ups during his updates, using the hashtag #CheckIt4Andretti to spread the message.

“I‘m an Andretti. I already beat the age I should have lived to,” Andretti said last May in an interview with The Indianapolis Star. “Growing up when you‘re a little bit wild in a race car, I think everybody in our family‘s always heard this: ‘You’re not going to live to see 20.’ Then it was, ‘You’re not going to live see 25, then 30.’ But here I am. Still going. Our family’s already been through plenty of trials, and we’re still here. To get taken down by this, well, I’m going to go out giving it the strongest fight I can give it.”